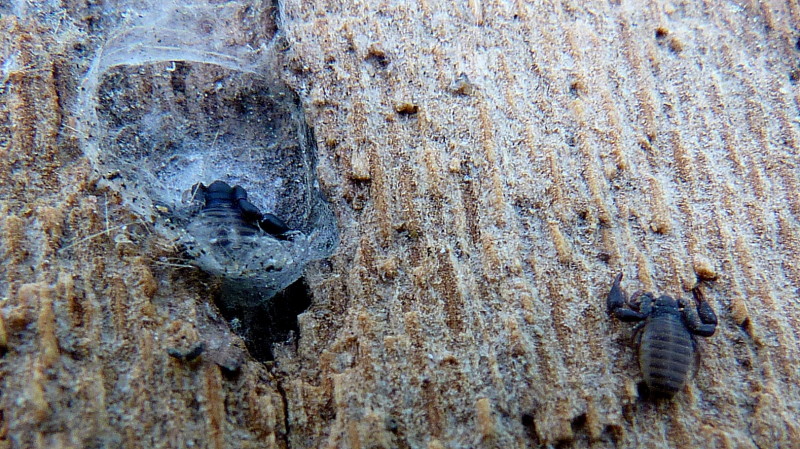 Doing a tour in Montjuïc few days ago, we were trying to find some lace bugs under the bark of a London plane, but instead of insects we came across a couple of these very small and secretive arachnids.

Pseudoscorpions look similar to scorpions due to their large pincer-like appendages known as pedipalps  but they are only few millimetres long and they their long tail is not armed with a sting.

Fearsome they may appear, but Pseudoscorpions are harmless to us humans, although they are important predators of insects, mites or other creepy-crawlies. Maybe that’s why the lace bugs proved elusive…

I still haven’t found the species name but I guess the one at the left could be female protecting her young under a silken home she has spun.